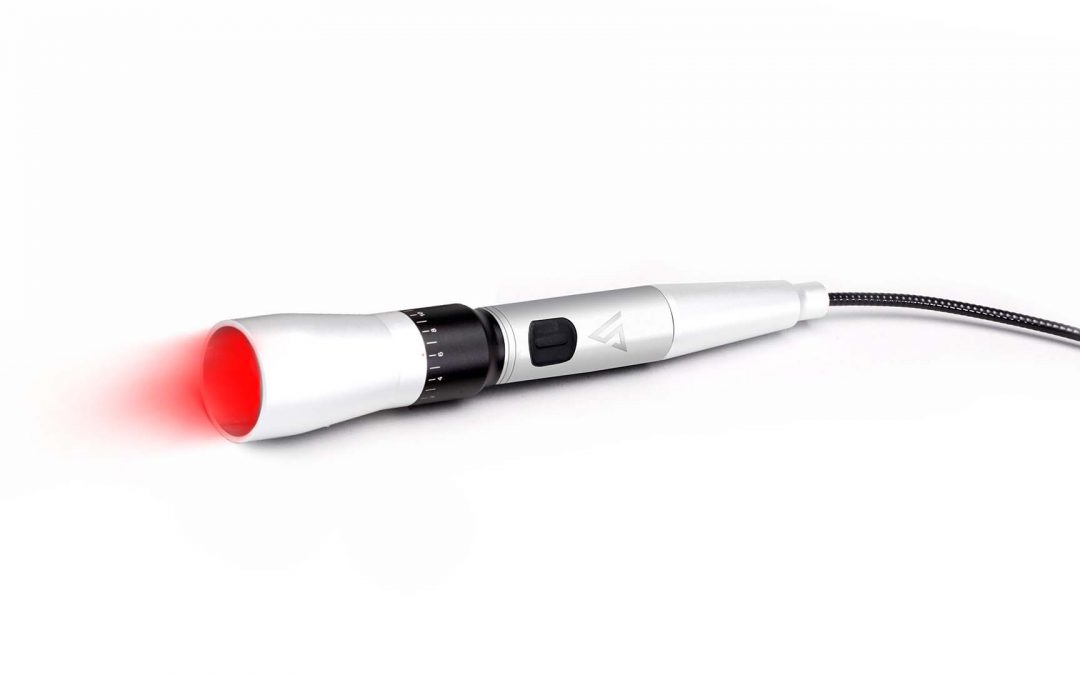 Any Doctor of Chiropractic looking to implement laser therapy in their practice can easily be confused by all of the options and claims made by the various laser companies. This article will address three of the biggest questions about lasers for chiropractors.

The content of this article is based on the writer’s more than 15 years of experience in the laser industry, reading and analysis of numerous photobiomodulation studies and papers, and personal communications with hundreds of chiropractors who are either looking to implement laser in their practice or have been using laser for years.

When researching therapeutic lasers your first observation may be of the laser “Class Wars”. This has been a very unfortunate aspect of the therapeutic laser world for many years but thankfully science and common sense are finally becoming the majority thought and opinion. Chiropractors are realizing that low powered class 3 devices simply will not cut it in their practice.

What is the difference between a class 3 and a class 4 therapy laser? There are three different regulating bodies that classify lasers and without getting into all the technical details we can say that it boils down to the potential for hazard to the eye. The laser classification scheme is based on safety. The retina of the eye is the most biologically sensitive tissue in the body to the red and infrared laser light used in therapeutic laser devices. The lens of the eye magnifies incident light by more than 100,000 times and brings it to a sharp focus on the retina. So, if the retina is exposed to laser light there is a potential for damage to the retina and a potential for permanent damage to eyesight.

Common sense: Don’t shine the laser directly in your eye!

Are you familiar with the simple laser pointers that are used by classroom instructors or as a play toy with cats? Those devices use red laser light with a wavelength of 630 nanometers. And their power output is 5 milliwatts or less. Did you know that if you shine one of those very low powered lasers directly into the eye, the power density (which is the concentration of the laser light) on the retina is greater than that if you look directly at the sun?

In other words, direct exposure to a simple laser pointer would cause more damage than looking directly at the sun!

Class 4 therapy lasers were first cleared by the FDA in December of 2003. In the first few years after their introduction to the market they were inaccurately described as being harmful, dangerous, with the potential to cause burns and even genetic damage.

“Beware! Dangerous, big scary laser!”, was the common cry of the misinformed, bamboozlers and hoodwinkers.

Even though those claims had no basis in fact, they persisted. Purveyors of class 3 devices intentionally provoked and promoted fear.

But thankfully a dedicated core of doctors and scientists have stayed true to the class 4 therapy laser message. From the very beginning they said that class four therapy lasers are safe, effective for treating a variety of conditions, and that the higher power of a class 4 device is required to effectively treat tissues deep in the body.

For 18 years class 4 therapeutic lasers have been used in both human and animal medicine not just in the United States but all around the world. A conservative estimate is that there are 10,000 of these devices in use today. If they are treating only five patients a day this results in nearly 10 million treatments annually.

If class 4 therapy lasers truly did burn and injure patients, don’t you think you would hear about it by now?

Note: The author is aware of only one malpractice claim in 18 years that rightfully claimed patient burns from a class 4 therapy laser, and that was due to user error, not an inherent fault of the device.

We can also make the argument based in science. Class 4 therapy lasers use red and infrared laser light which is nonionizing. This means that it is incapable of ejecting electrons from the orbits and ionizing molecules, and that claims of damage to DNA, severe burns, and causation of cancer are completely ludicrous.

Do class 4 lasers burn and injure patients? The answer is a resounding NO!

The next question is this: should I use class 4 laser therapy on acute injuries?

Everyone knows that you do not put heat on acute injuries. That advice has been followed for years on all levels from elite professional and Olympic athletes all the way to Joe Schmoe spraining his ankle at home. Heat on an acute injury could increase blood flow to the area and increase swelling.

When treated with a class 4 therapy laser at very high power levels, the patient will feel mild warmth in the superficial tissues. This is used as a selling point by company representatives of class 4 therapeutic lasers, and rightfully so!

Patients like to feel the warm soothing sensation. If you have an aching low back or a stiff arthritic knee, there is no better sensation than the penetrating warmth that comes from the high power and infrared wavelengths of a class 4 therapy laser.

But what about acute injuries? A responsible and reputable class four laser company has done the research. We have analyzed hundreds of relevant laser therapy studies that examine use of photobiomodulation on acute muscle injuries, acute nerve damage, acute sports and musculoskeletal injuries and so on. We have also conducted thorough skin temperature measurements using infrared digital thermometers and infrared cameras.

Animal and human studies examining photobiomodulation treatments for acute injuries consistently report enhanced resolution of inflammation, more rapid tissue healing, and more organized healing of the tissues. This results in stronger repair which in some studies has been reported as being “as good as new”! Athletic trainers consistently report that athletes treated with a class 4 therapy laser can return to the competitive field more quickly.

With the settings that are appropriate and recommended for acute injuries we can confidently report that there is no tissue heating. A proper acute injury setting will use lower power and will also not use continuous wave. The combination of these two parameters means that there is no elevation of tissue temperature. This has been measured with the digital thermometers and infrared cameras.

Should you use class 4 laser therapy on acute injuries? The answer is a resounding yes!

The last question is, are therapy lasers are fad?

If you have been in health care for more than five years you have already seen various fad treatments and devices. The longer you’ve been in practice the greater your experience with this will be. There are many things that will come and go in healthcare. Those that fade away do not have a scientific basis, do not get consistent clinical results, and have a reputation as being promoted by charlatans.

Laser therapy is here to stay. Laser therapy has a very wide and solid foundation in science, which is getting stronger every year as the number of published papers on photobiomodulation has been increasing exponentially in the last 10 years. Diverse publications such as Lancet, Nature, BioPhotonics, Pain, and dozens more have published high level papers on photobiomodulation.

More studies are being published demonstrating the positive effects of laser therapy on specific injuries affecting both human and animal patients. And the clinical results are matching what is reported in those studies. Any patient suffering with pain, inflammation, and damaged tissues can benefit from photobiomodulation treatments delivered by a class four therapy laser device.

Is laser therapy a fad? The answer is a resounding no!

In summary, class 4 therapy lasers are safe, they can be used on acute injuries, and they are here to stay! Invest in one today, and you (and your patients!) will reap the benefits for years to come.